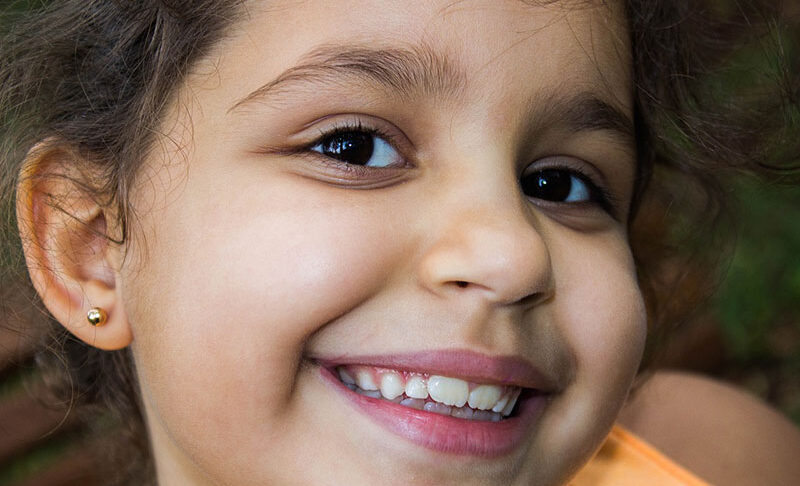 Raeann came to the Amos Cottage Therapeutic Day Program after 2 years of her parents, daycare staff, and physician working closely together to try to help her with her frequent, highly disruptive, aggressive, and destructive meltdowns. To make it worse, Raeann’s body was sensitive to things other kids could easily tolerate – noise, the texture of her food, and even the feel of her clothes. Raeann’s parents were frustrated. Her dad was ignoring the problem and her mother was losing control of her own emotions while trying to deal with Raeann’s.

Over the course of her treatment with Ms. Debbie at Amos Cottage Therapeutic Day Program, Raeann’s mother learned to think more rationally during Raeann’s emotional and behavioral outbursts. Through implementation of a consistent behavioral approach across settings, Raeann learned that she got better results from others when she used her words rather her body, and she learned that she could work with others to solve problems. Her behavior improved, and she was soon discharged to daycare and outpatient therapy. She did very well for the rest of the school year.

But with summer’s less structured days, Raeann’s old behavioral patterns re-emerged. Ms. Debbie once again stepped in to analyze the patterns in the detailed notes and encouraged the parents to “take the pressure off” – when Raeann’s behavior gets dramatic, calmly say “It looks like you’re having a pretty big feeling right now”, then offer to help when she’s ready. To the parents’ surprise, Raeann’s behavior often stopped in its tracks, and Raeann began to communicate what she was feeling.

Today, Raeann’s behavioral crisis has passed. She is participating well in outpatient therapy, and is feeling more at ease talking about how she’s feeling. Her parents are participating too. They’re learning about anxiety and cognitive behavioral therapy (CBT) and working with Ms. Debbie to learn their role as coach – helping Raeann through her anxiety rather than reacting to her behaviors.