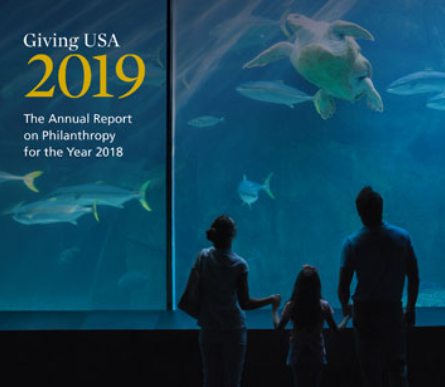 From the report:  “…A number of competing factors in the economic and public policy environments may have affected donors’ decisions in 2018, shifting some previous giving patterns. Many economic variables that shape giving, such as personal income, had relatively strong growth, while the stock market decline in late 2018 may have had a dampening effect. The policy environment also likely influenced some donors’ behavior. One important shift in the 2018 giving landscape is the drop in the number of individuals and households who itemize various types of deductions on their tax returns.

This shift came in response to the federal tax policy change that doubled the standard deduction. More than 45 million households itemized deductions in 2016. Numerous studies suggest that number may have dropped to approximately 16 to 20 million households in 2018, reducing an incentive for charitable giving…”

United Way Forsyth County President and CEO, Cindy Gordineer notes, “ The 2019 Giving USA report supports trends that many in philanthropy are seeing.  Charitable giving is changing, becoming more complex and each dollar is more difficult to raise.  Donors are more discerning than ever about seeking results in the non-profit sector and their giving is following positive outcomes.  This philanthropic environment requires non-profits, including United Way of Forsyth County, to evaluate every dollar for both effectiveness and efficiency to deliver maximum value.  Donors deserve nothing less.”

For more information about the United Way, visit www.forsythunitedway.org