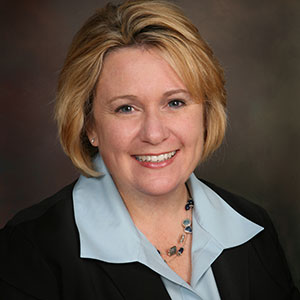 Winston-Salem, NC (December 17, 2015)—Cindy Gordineer, President and CEO of United Way of Forsyth County, has been appointed to the National Professional Council (NPC) of United Ways, a select group of chief executive officers from across the country that focuses on identifying common challenges and solutions for the community-based member nonprofits. Stacey D. Stewart, U.S. Network President, appointed Gordineer to the group.

Gordineer was selected because of her outstanding leadership in our community and within the United Way network. She will join just a handful of local United Way executives who are helping advise United Way Worldwide in setting strategy and direction for nearly 1,200 United Ways across the U.S.

“Cindy understands the real value of United Way and is a champion of innovation and new ideas who will take a collaborative approach to helping strengthen our network at a national level,” Ms. Stewart said. “I’m excited to have her on our team.”

Since joining United Way of Forsyth County in August 2011, Gordineer has helped to evolve the local organization’s strategic vision, worked with partners to set metrics for community-wide outcomes, and developed the new placed-based strategy being implemented in the summer of 2016.

“The face of philanthropy is changing. We recognize that community challenges are complex and require non-profits to work collaboratively to create sustainable, measureable results. I’m honored to have been selected and look forward to being part of setting the course for the United Way network,” said Gordineer.