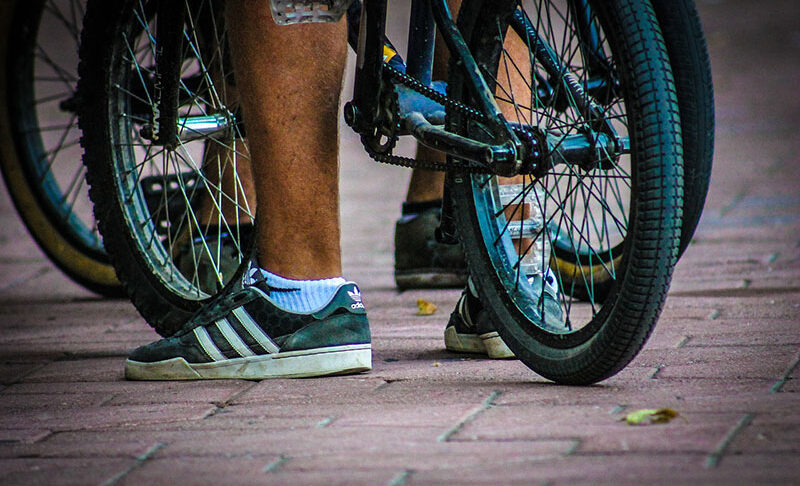 Jason, a teenager, came to Legal Aid requesting assistance in obtaining a protective order against his father. Both Jason and his mom had experienced abuse at the hands of his dad in the past, but the incident that caused him to leave was the worst ever.

His father attacked Jason, brutally beating him with a broomstick and then strangling him. His mom and younger brother witnessed everything. Jason escaped the terror by climbing through his bedroom window, jumping on his bike, frantically calling 911 and fleeing barefoot in the dark.

Studies have shown that the provision of Legal Services, “significantly reduces theincidence of domestic violence[1]2.” Jason’s case was no different. At the first hearing, Legal Aid Attorney Alex Harris argued that the Children’s Law Center should be appointed in order to help assist the judge in determining the best interests of the child. His father’s attorney argued that CLC was not needed.He also argued that Jason’s father had a constitutional right to have access to his child and asked that he be able to call Jason and meet with him in a public setting until the next court date. Ms. Harris successfully argued against such contact and a court order was entered preventing visitation with Jason and appointing CLC staff attorney Paige Gilliard.

The years of abuse had made Jason shy and withdrawn at school. He often skipped school due to the stress and anxiety that he experienced prior to that court date. Ms. Harris kept in constant contact with Ms. Gilliard, his therapist, and the DSS caseworker involved in his case, and negotiated an arrangement where his father enrolled in the Family Services Strong Fathers class, a “group for men who want to improve how they raise their children.”

Before the final hearing, Jason decided to move to West Virginia to live with his maternal aunt. Although his case was ultimately dismissed as a result of his move, the interagency collaboration involved in Jason’s case was tremendously vital to preparing his case for trial and likely convinced the Judge that his father should not have contact with Jason pending a full hearing in his case. Follow-up through the Stepping Forward specialist could have allowed Jason to safely stay in Forsyth County by identifying and addressing his barriers to remaining here, so he and his family could continue to thrive at the conclusion of the case.

Note: Because of the sensitive nature of our clients’ concerns, it is the longstanding practice of both LANC and CLC to change the names of clients and their relations when sharing their stories to preserve their privacy.