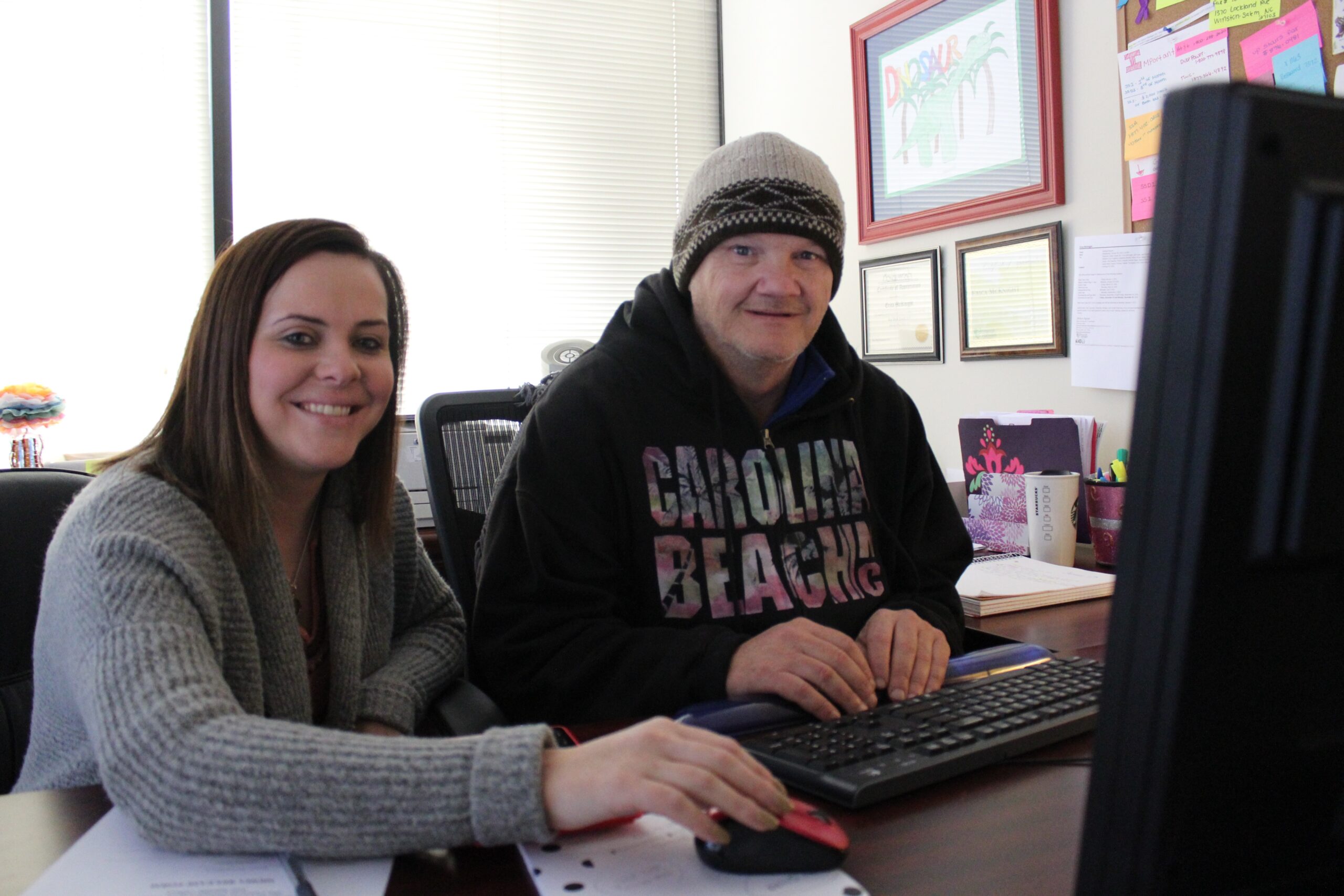 Terry arrives at his counselor’s office wearing a Carolina Beach hoodie. This, he proudly says, is a souvenir from his recent trip to the Wilmington area. The trip was a milestone for Terry: he saved and paid for it himself.

Terry is disabled and has long been unable to handle his own finances. However, his brother had always been there to manage Terry’s disability income and provide a home. Then, Terry’s brother died suddenly and Terry’s life went into disarray. On top of the personal loss, Terry had to find a Representative Payee to manage his money. This is a government safeguard in place for some disabled citizens to insure they do not become homeless and exploited.

Terry signed up with his first payee agency, but continued to struggle. He found a room in an expensive and chaotic boarding house, with no peace or privacy. There was rarely money left after rent and food and without his brother’s supervision Terry made choices that put him in danger. He became estranged from what little family he had.

When his first Payee agency closed, it referred Terry to Financial Pathways. Of his counselor Erica, Terry says, “She’s good! She hangs on to my money for me.” With Erica’s help, Terry began saving a few dollars for the first time. She motivated him to set a goal, and connected him to as many social service agencies as possible. She helped mobilize additional benefits so his limited income could be stretched to the maximum. Next, housing was addressed. Today, Terry lives in city-subsidized apartment, a very small one bedroom, but it is all his. He pays half the rent he was charged at the boarding house.

She is always nice to him, he says, and respectful. “She helped me learn to stop asking to waste my extra money.” Eventually, he saved enough to meet his goal of financing a trip to see his Uncle at Carolina Beach, who he had not seen in years. He beams when he says the visit was “Good, good, good.”

Erica reflects that, “When we get a client stabilized, they often can make better choices.”

Terry says, “I don’t ask for things I don’t need now.” Erica asks him what else is going on with him, and he reports that here has been a mix-up with his food stamp paperwork. “Do you want me to give them a call?” He grins at her as she picks up the phone. Clearly a bond of trust exists.