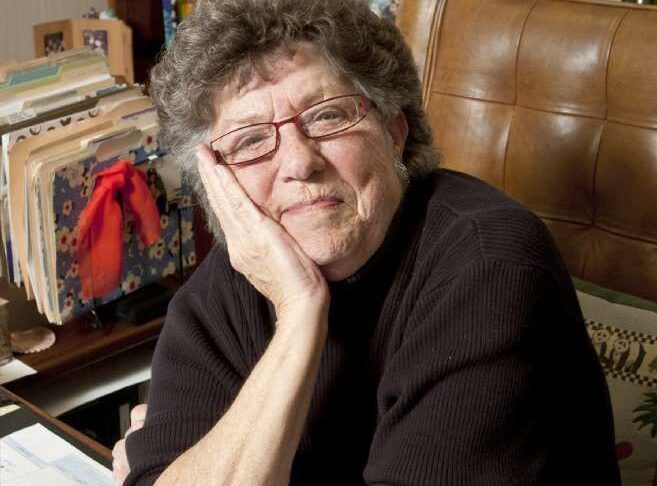 This is a column about an angel, Claudette Weston of Winston-Salem, who may choke on her coffee, laugh and say she is no damn angel as she reads that.

But she is an angel. The best kind. The human kind.

That was readily apparent Wednesday night as Claudette shined during the presentation of the United Way award for excellence in nonprofit management named for her and her late husband, Joel Weston Jr. (Goodwill Industries of Northwest North Carolina was this year’s winner.) A rainbow range of nonprofit leaders, workers and volunteers mingled happily at the Old Town Club, many trying to get a moment with Claudette (everybody calls her by her first name) just to love on her and try to catch a little bit of her magic. She happily obliged as many as she could get to, making each of us feel like we were the people at the party with whom she most wanted to talk and laugh.

Her daughter, Caroline Stopyra, said: “She has always been a strong advocate for the underdog and is unafraid to defend her beliefs. She has friends from every age and walk of life because she is so real, compassionate and fun to be around … She’s passionate, funny, intelligent, and intuitive.”

Claudette spins such good stories you don’t realize until later that she’s giving you subtle lessons about the power of love and service, stories infused with a practical brilliance. For more than half a century, she has helped lead in causes including health, education, the environment, foster children and sports.

As her son Joel Weston III told me, “She is truly one of the most loving and giving people you will ever know, but she is also tough as nails and has an excellent sense of humor. She always thinks of others first.”

Maybe she’s led so many to the light because she knows well the darkness of which she rarely speaks. She comes from modest means in Winston. Her father died when she was 9. Her mother raised Claudette and her siblings with the help of her mother and “Aunt Birdie.” They were all “strong, fair-minded, hardworking women that told it like it was and believed in equality way back in the 1940s and 50s,” Caroline said.

Ernie Shore, the former pro baseball player and longtime Forsyth sheriff, mentored Claudette and helped her get to Guilford College.

Claudette graduated from Guilford, then married Joel Jr., whom she’d known since the fourth grade and had dated since high school. They were well into raising their four children in 1984 when Joel Jr. died of a heart attack while on a canoeing trip in Canada. He was just 47, a beloved businessman.

“I think she (Claudette) — got through a lot of it with Billy Joel and Lionel Ritchie,” Julian said. “She’d get a little misty-eyed when she listened to some of the Billy Joel songs.”

Claudette, of course, pushed on, shepherding her fine children through adulthood. Caroline said her mother “is fiercely loyal and loves her family to the core. All of her eight grandchildren adore her and have inside jokes with her that they mutually think are clever.”

Claudette started an event-planning company with her sister Nancy that is now known as Weston and Associates, beating cancer along the way. And she plunged even deeper into her service work.

In 2012, she told Journal reporter Fran Daniel that she believes in unconditional love, even if that’s not easy, and faith that can move mountains. Nothing makes his mother happier, her son David said, than to be in her longtime church, St. Timothy’s Episcopal, on Sundays.

She told Journal reporter Bill Cole in 2006: “The other part of me is that if locally there’s a child involved that can better himself, I’m right on it. I will do anything to help children grow. If you locked me in a room I’d be crazy. I mean crazy. It’s probably the way God’s going to have me die: Lock her up!”

Hang around with Claudette for just a short time in a public place and you will meet some of her many friends, people coming up to her with stories about how she helped them or their children through rough patches. They talk about her cards as well. She’s sent out thousands of them, if not tens of thousands, some to people who’d never gotten a kind note. Claudette’s happy handwriting picks the recipients up, pats them on the back, gives them a hug and shares a laugh or a tear with them. And then, of course, there are all the homemade, to-die-for rum cakes Claudette delivers to many friends each year soon before Christmas.

What do you do with a mother like that, one whom so many others think of as a second mother or mentor or close friend, one who keeps everybody in stitches? I reckon her children know the answer: You just keep on loving her forever and ever, just as so many others do and will. And you spread the love and laughter that Claudette subtly teaches to give to all.