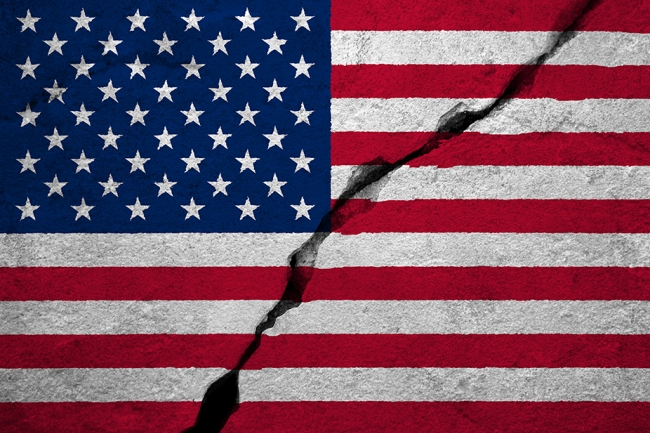 Nonprofits — along with many business and political leaders — have spent the past few years trying to heal the political, social, and economic divisions that were made more visible to all after the 2016 election.

Yet today people remain frustrated, marginalized, and worse off. The third federal government shutdown in a year and the roller-coaster stock market increased the need for nonprofits, in particular, to take a leadership role in reshaping how America works.

While many nonprofit, business, and political leaders are holding cross-cultural and community conversations to discuss what communities need, others continue to successfully exploit people’s fears for their own purposes.

One reason for the success of the latter group is the pocketbook concerns facing many American households. While U.S. gross domestic product is growing and unemployment is low, a lingering dissatisfaction reigns in many middle- and lower-income homes. At its heart, much of this discontent stems from people’s anxieties about the future of work and society.

I grew up in northwest Indiana in the 1960s and ’70s, when families could make a good living in local steel plants, oil refineries, and factories. Employees made a respectable, steady salary and believed that if they worked hard, they could provide for their families and find opportunities to advance.

That’s less and less the case. In the United States, the income gap is the largest since the 1920s, just before the Great Depression. Wages are stagnant, and we’re less economically mobile. Today, millennials have just a 50-50 chance of earning more than their parents did. In the 1940s, almost everyone was better off than the previous generation.

Reports about the future of work intensify concerns about jobs and mobility. While technology can create greater efficiencies, the World Economic Forum’s recently published “Future of Jobs” report says that in the next four years more than 75 million jobs may be lost as companies shift to greater automation. Today, machines or algorithms account for 29 percent of the total task hours worked in major industries. By 2022, they will handle 42 percent.

Where do people fit in as the world of work continues to change? It’s not simply a question of money but also dignity. Those Indiana steel workers possessed a strong sense of self-worth. They found purpose in what they did and believed they were powering their communities. With their job and personal security, they drove out bigots and fear-mongers who tried to sow racial and ethnic division. Today, we’re seeing a rise in ethno-nationalism and hate crimes. What will happen when more people lose work and the dignity it brings?

To tackle these concerns, our society needs to redefine success. Instead of zeroing in on GDP growth rates or stock-market indexes alone, let’s focus on income inequality, access to good health care, and economic mobility. Let’s examine our education and training systems to make sure we are preparing young people — and all people — for the future of work. Let’s also not confine ourselves to standard thinking if new ideas and programs show promise, such as  advanced vocational training, guaranteed basic incomes, or opportunity zones – which were recently created to add incentives for private investment in economically distressed areas.

We must develop solutions that give all individuals greater opportunity, purpose, and self-worth. Critical to this effort will be a new success index that focuses on more than just macro-economic growth. It will weigh broad-based income distribution, personal economic and social mobility, and people’s sense of personal security and hope. Let’s call it the “Personal Prosperity and Satisfaction Index.” The Alice Project, which local United Ways use to find community data to address their most pressing social issues, can serve as one example.

A “we” culture once dominated U.S. society. Today, we have sunk into an “I” culture, placing too much value on what we earn or where we vacation –— and not whether more of us are happy, safe and prospering in strong communities. To defeat hate and build stronger communities, we must put people first. The dignity of work and equity must take top priority. And nonprofits must lead the way in restoring community connections by listening to people’s needs and pushing forward the best ideas.

It will take more than one election, one action, or one moment to solve this challenge. Solutions will come from a concerted and sustained effort to help more people succeed and an embrace of a new common good prepared to tackle the challenges of the 21st century.