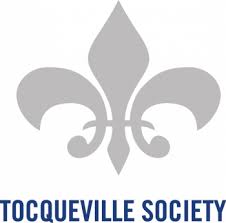 We are excited to announce our annual Tocqueville Society invitation only dinner is just around the corner on Thursday, April 12, 2018.

We will celebrate philanthropic leaders across our community and showcase the spirit of neighbors helping neighbors!

Origins of the Tocqueville Society

Only 26 years old when he came to the United States and Canada in 1831, Alexis Charles-Henri de Tocqueville traveled extensively, recording his observations of life in the young nations.

Though he only spent nine months in North America, he gleaned many profound insights about American society. His observations, readings and discussions with eminent Americans formed the basis of Democracy in America, a detailed study of American society and politics published in two volumes, in 1835 and 1840.

Tocqueville recognized, applauded and immortalized North American voluntary action on behalf of the common good. He wrote: “I must say that I have seen Americans make a great deal of real sacrifices to the public welfare; and have noticed a hundred instances in which they hardly ever failed to lend a faithful support to one another,” eloquently capturing the essence of personal philanthropy that persists almost three centuries later.

The observations on philanthropy made by Alexis de Tocqueville in 1831 are true today; North Americans understand that advancing the common good means creating opportunities for a better life for all. The name Tocqueville Society was chosen because of Alexis de Tocqueville’s admiration for the spirit of voluntary association and effort toward its advancement.

Contact Cathy Coles at Cathy.Coles@uwforsyth.org or call 336.721.9370 to learn how you can become involved in the United Way Tocqueville Society and/or to inquire about membership benefits.