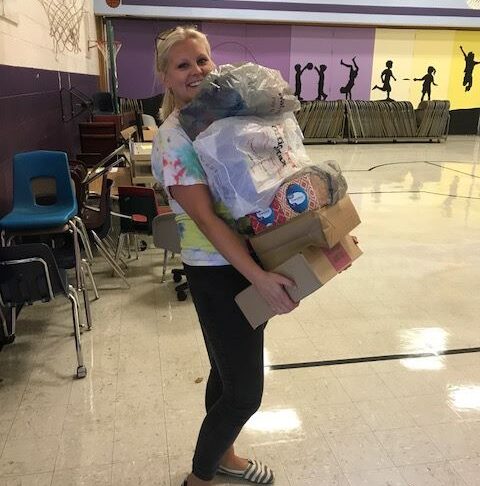 Currently there are approximately 54,762 students enrolled in WSFC Schools and 57% of those students are free/reduced lunch recipients.

United Way Forsyth County Director of Engagement, Amanda Rosemann notes, “For many parents, purchasing school supplies is a daunting task especially when you’re struggling to find money to pay for a meal. We want to thank the entire community for helping us in collecting much needed school supplies that will give students a good start to the school year and ease some of the financial burden parents are facing”.

The Garage, owned and operated by Tucker Tharpe, held a fundraiser that collected supplies and over $800.00 to be used for needs throughout the school year.  Tharpe said, “This was a great cause and a great way for us to support the community in which we live”.

Dr. Jon Epstein, one of the performers noted, “This was a wonderful opportunity for the music community of Winston Salem to come together in support of school children. As an educator, I know first-hand how difficult it can be for students to simply have the basics to succeed in school – the WSFC community and United Way will make a difference in hundreds of school children’s lives”.

Kimberley Park Elementary was founded by John W. Paisley and Albert H. Anderson and was constructed and officially opened in 1925. After the school faced adversity by being burned down, it was reconstructed in the 1960’s.