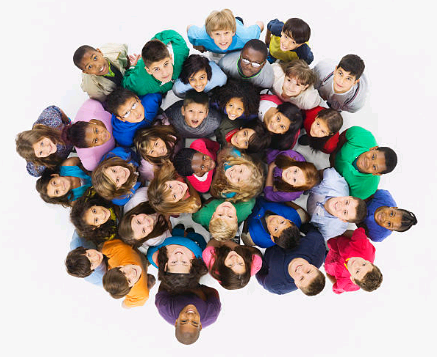 ALEXANDRIA, VA (December 1, 2017) – United Way Worldwide tonight announced its opposition to the Senate tax reform bill (H.R. 1) and is urging Senators to vote against its passage, saying the legislation provides little to no benefit to low-income families and will dramatically undermine the organization’s work.

“On behalf of those who will be impacted in nearly every community we serve, I am deeply troubled by many aspects of the tax reform bill the Senate is now considering,” said United Way Worldwide President and CEO Brian Gallagher. “Congress is gambling with the lives of millions of people who rely on charitable and government social services by increasing the federal deficit to fund tax cuts. If Congress loses the bet, our country’s $20 trillion debt will expand and the resulting cuts to federal spending will be on key programs that help disadvantaged Americans survive.”

Gallagher continued, “As bad as the deficit implications are in this bill, the threshold for United Way is the harm the bill will do to private charities. The elimination of the charitable deduction for 31 million middle and upper-middle income taxpayers causes such damage to our ability to help people, we have no choice but to oppose the bill.”

According to numerous nonpartisan analysts, 95 percent of Americans will be taxed on their donations to charities. As a result, giving to charities will decrease by $13 billion dollars per year. Faith-based, basic needs, social services, and disaster relief charities will bear the brunt of the decrease. Because of our reliance on the middleclass donors, cumulatively, United Ways across the U.S. will face losses between $256 to $455 million per year, significantly impacting their ability to help those who will now be in potentially greater need.

Further, there is unanimous agreement among academics and economists that charitable tax incentives enable people to give more. While any individual person has a variety of motives for giving, the century-old policy of exempting charitable donations from taxes significantly increases charitable giving. Claims that the final tax reform legislation will increase charitable giving are unsupported by any fact-based analysis.

“We have been working all year to inform policymakers about the ramifications of the tax proposal to our sector,” said United Way Worldwide U.S. President Mary Sellers. “The charitable sector proposed a straight-forward, cost-effective fix that would have actually increased future charitable giving. We were making our case on behalf of millions of low-income Americans who rely on our help, but who have no voice on Capitol Hill. But our efforts were largely dismissed and it looks like Congress disregarded evidence that was counter to the tax policy narrative.”

United Way fights for the health, education and financial stability of every person in every community. The organization assesses relevant federal legislation based on whether it will advance or harm its mission, and its ability to serve 61 million Americans who rely on United Way each and every day.

United Way fights for the health, education and financial stability of every person in every community. Supported by 2.8 million volunteers, 9.8 million donors worldwide, and more than $4.7 billion raised every year, United Way is the world’s largest privately-funded nonprofit. We’re engaged in nearly 1,800 communities across more than 40 countries and territories worldwide to create sustainable solutions to the challenges facing our communities. United Way partners include global, national and local businesses, nonprofits, government, civic and faith-based organizations, along with educators, labor leaders, health providers, senior citizens, students and more. For more information about United Way, please visit www.UnitedWay.org. Read our annual report and follow us on Twitter: @UnitedWay and #LiveUnited.