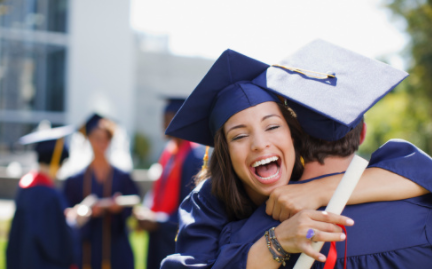 “Students are at the heart of what we do, and we have focused our efforts on identifying the students most in need of additional support,” said Superintendent Beverly Emory. “By using data-driven decision-making as a means of doing business, we are learning to objectively talk about and address the needs of our most challenged students.”

For the 10th consecutive year, seniors in Winston-Salem/Forsyth County Schools graduated at a higher rate with 86.5 percent of the class of 2017 graduating in four years, according to results presented today to the N.C. State Board of Education. 85.7 percent of students graduated in four years in 2016. Over the past eight years, WS/FCS’s graduation rate has increased 15.7 percentage points from 70.8 in 2008. The percentage of students graduating in five years also increased from last year, from 86.3 to 87.1. The state’s four-year high school cohort graduation rate grew to 86.5 percent from the 85.9 percent in 2015-16. North Carolina’s public schools have set a record graduation rate for a 12th consecutive year.

The graduation rate has increased with the help of a community pledge to raise it to 90 percent by 2018. The United Way of Forsyth County; the Winston-Salem Chamber of Commerce; Graduate. It Pays; Big Brothers/Big Sisters; and The Forsyth Promise have each supported programs to help students graduate.

“We remain committed to our goal to raise the graduation rate to 90 percent by 2018,” Emory said. “We must focus our efforts on supporting students to make decisions that will have them college and career ready by June.”

The results were released today under the NC READY accountability program. These include graduation rates, proficiency levels on end-of-grade and end-of-course tests, academic growth and school performance grades.

Other results released today include how students did on the end-of-grade and end-of-course tests that measure proficiency. The current scale reports the percentage of students who are grade-level proficient (GLP) and the percentage who are college-and-career ready (CCR). The GLP measure includes students who score at Level 3 and above and show at least sufficient command of the material. Students at Level 3 could be college and career ready with additional support.

“We hold a core belief that adult behaviors impact student outcomes, and we are working to improve our development of principals and school-level leaders,” Emory said. “We have reorganized our central office structure to provide targeted feedback and support, and we expect to see tangible results.”

“The data makes our work clear,” Emory said. “However, we are fortunate to have community support behind us. Efforts such as Project Impact and the Peer Project are helping us accomplish our district goals.”

The N.C. Department of Public Instruction assigns each school a letter grade from “A” to “F.” In elementary and middle schools, 80 percent of the grade is based on student proficiency (Level 3 or greater) on state tests in grades 3 through 8 and 20 percent is based on student growth. In high schools, graduation rates, ACT performance and other indicators are used in addition to state tests to calculate the school grade.

For the third consecutive year, North Carolina labeled schools that received a performance grade of D or F and did not exceed their growth goals as low-performing. In WS/FCS, 23 schools were named by the state as low-performing, a decrease from 32 the previous year.

“We believe the leadership programs and supports we began to put in place last year are long-term solutions that will help students in these schools,” Emory said. “It’s also important to understand that 12 of these schools met their growth goals.”

North Carolina has had a school accountability program since 1996 and began using NC READY in 2012-13. NC READY measures academic growth and the percentage of students who are proficient in measured courses, as well as:

End-of-grade assessments in science in grades 5 and 8

End-of-course assessments in Math I, Biology and English II in high schools

The percentage of students with a composite score of 17 or greater on the ACT, which is the UNC System minimum admissions standard

The percentage of graduates taking and passing a higher-level math course, such as Math III